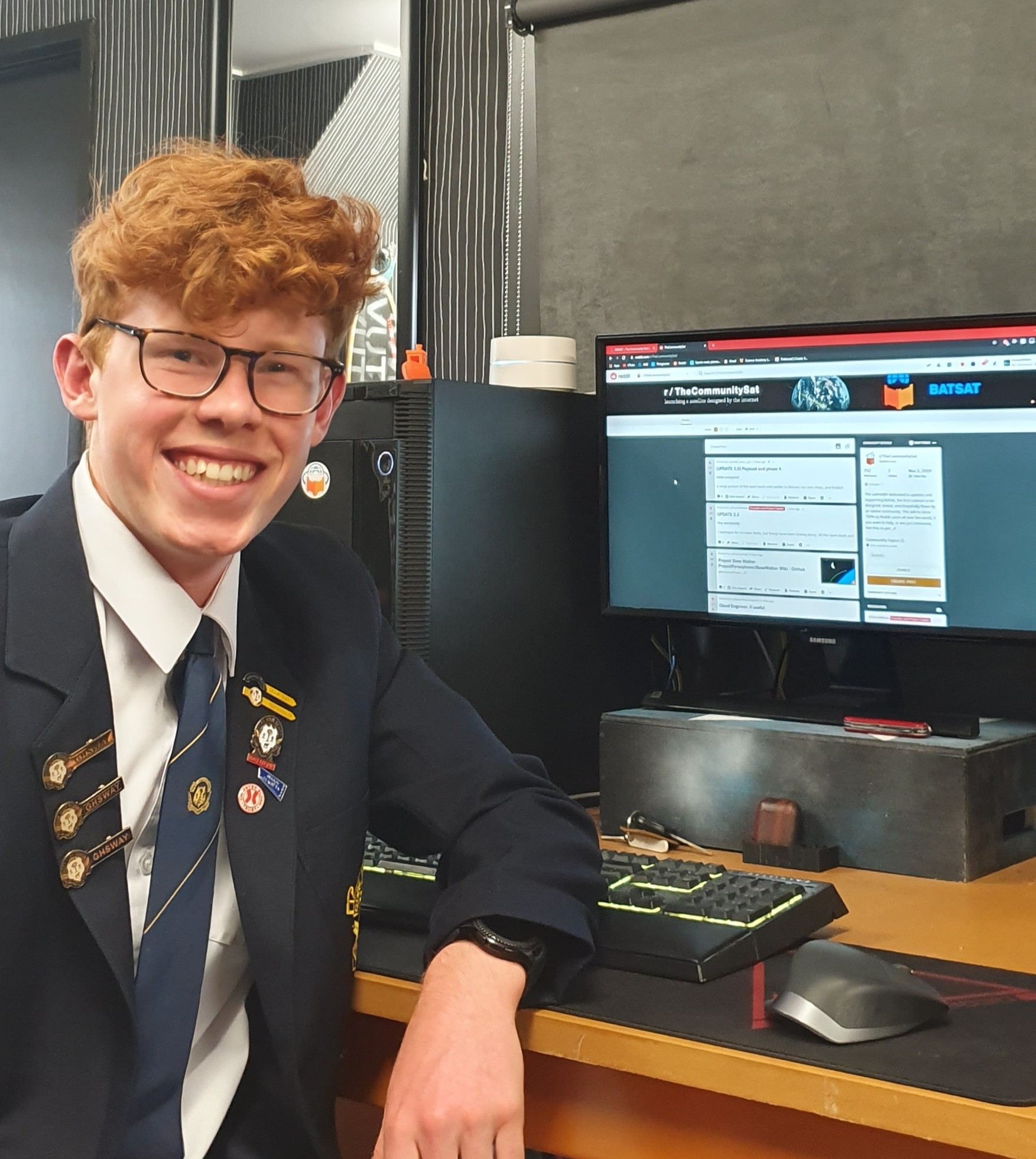 Southland’s involvement in the international space sector is set to be boosted by a local student’s innovative idea.

His vision has captured the imagination of the international space community, with the project – called TheCommunitySat –resonating with a large online audience, even members of the European Space Agency.

At last count, more than 740 people have joined the online group, including aerospace engineers, avionics and payload experts, cloud engineers, satellite ground station engineers and university students from all over the world.

Of this, 260 supporters with specialist skills have been assigned to various teams to confirm the parameters of the project, with regular conversations held using an online meeting app.

Max said he had been overwhelmed with the interest of people wanting to be involved or support the project.

“The first few days were a nightmare. I’d clear messages and go to sleep and when I’d wake up in the morning there would be another 1000 messages. It was crazy.’’

Mr Beck, an ex-student of James Hargest College in Invercargill, urged students to follow their passion and promised that if any of the students built a satellite, Rocket Lab would launch it free.

Max has taken Mr Beck at his word with the idea for the project starting to take significant shape.

The collective decision is to build two small satellites, each about the size of a Rubik’s Cube, to test a theory about whether electro-magnetic tether straps can be used to de-orbit a satellite once it has come to the end of its life. One satellite will test the technology and the other will be a control device.

Max said if successful, the technology could have huge implications for satellite owners.

“Space junk is a real problem. If we can design something which provides a solution to the problem then we’ll be doing a good thing.’’

Max plans to be back at Gore High School next year as a Year 13 student, working on his satellites in his spare time. After that, he’s not quite sure where life will take him. Watch this space.

Keep up to date with the project here

Job Search 2021: addressing the shortage of workers in Southland